Not far from the M3 and M27, the Club is conveniently situated in Hamble village in its own extensive riverside setting. Being centrally located in the Solent, the River Hamble provides an ideal location for sailing inshore to the Isle of Wight, along the south coast or offshore to The Channel Islands, France and beyond.

We aim to have as much fun off the water as on. We pride ourselves in offering a relaxed, yet professional environment to support our members’ boating needs.

Anyone is welcome to book our Clubhouse accommodation and enjoy our event facilities in our waterside grounds. Please browse our web pages, contact the office to arrange a visit to the club or watch this short video….

In the 1930’s Calshot, at the entrance to Southampton Water, was an RAF Flying Boat Unit. The officers sailed a few National 14 dinghies, and some yacht owners had moorings on Ower Creek. This loose gathering of enthusiastic sailors became the embryo of our club today. The Commander-In-Chief, Coastal Command agreed to formalise the sailing group, and the title Royal Air Force Yacht Club was granted.

At the inaugural meeting, Calshot Station Commander, Group Captain H R Nicholl CBE, was elected the first Commodore and the annual subscription was set at £1. A room in Calshot Castle was used as the headquarters. Subsequently, two wooden huts on the foreshore were acquired. The Club and members’ yachts were moored in the creek, and dinghies were ‘parked’ on a flying boat slipway. Members enjoyed many happy sailing adventures until the onset of WW2, when the club was, out of necessity, disbanded.

In 1947 at the Royal Air Force Club in Piccadilly, the few original surviving members met, and Air Marshal Sir Arthur Conningham was elected Commodore. The Air Ministry presented him with the contents of the ‘Wings Club”, which had been established for wartime airmen visiting London. The furniture was moved to the two huts on the foreshore at Calshot, reclaimed by the Club Secretary, now Group Captain AM Carey.

The Club was in business once again, and one of the first tasks was to bring back the Windfall yachts from Germany; these prizes of war, had been built, for use by the members of the Luftwaffe. The whole fleet was sailed back to the UK by the three services, with the RAFYC having responsibility for the RAF allocation to Calshot. 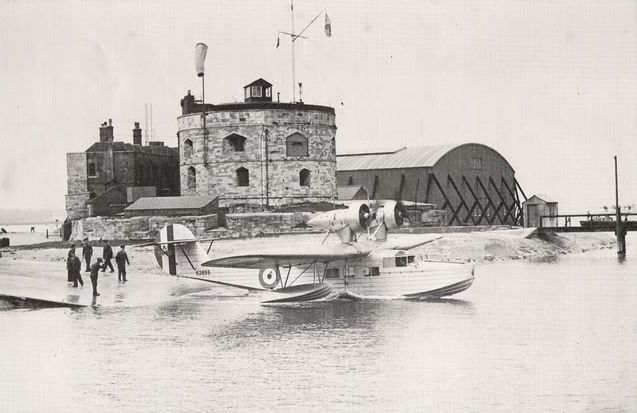 During the next few years, little thought was given to development of the Club, and membership was static until Group Captain E F Haylock (Retd), the editor of Yachting World, became Commodore in 1951. He persuaded the Committee that the Club would always struggle to develop at Calshot, and would need to move to a more accessible location to succeed. Many schemes were mooted but, by chance, he heard that Riverside House had been purchased by Port Hamble to enable it to increase its foreshore holdings.

The 100-year old building stood in 3 acres of ground, stretching down to the river. It was empty, in a bad state of repair and needed much attention. An approach was made to the directors of Port Hamble who were prepared to sell for £20,000. However, Group Captain Haylock was the essence of persuasion and he reached agreement to buy the whole property for £6000!

Further persuasion convinced Air Marshal Sir Leslie Hollingworth that the Royal Air Force should have a clubhouse and facilities to rival other Service Yacht Clubs. The Chief of the Air Staff, Air Chief Marshal Sir John Slessor, agreed and authorised a long-term loan. Extra expenses and legal fees of £1000 arose; however, a generous RAFYC member, H S Whiteside, (who owned ‘Skaggerack’, a 100 ton yacht built for Goering) settled these bills.

On 10th of May 1952, Sir John Slessor opened Riverside House. It proved to be popular! Membership increased, and RAF Calshot donated one of the original huts to assist with providing much needed extra space. In later years Riverside House itself has been extended.

From these early days, the club now warmly welcomes non-service members who continue to support the Club’s development, most recently in 2015, with the development of walk-ashore moorings within the Prince Philip Yacht Haven. An early club handbook can be viewed here.

The club actively seeks records and pictures to help capture and build on the history of the Club. Please contact the office(I am sure you can figure out what goes here)rafyc.co.uk if you have items or information of interest to share.

Images above courtesy of Hampshire Airfields.

We would like all members to feel comfortable knowing what they can expect. So, to help you, here you will find more detail about the Club’s Articles, Rules and Bylaws, etiquette and protocols observed by members of the Royal Air Force Yacht Club.

Abridged from the Club’s Byelaws:
As a privileged yacht club, the RAFYC has been authorised to fly a defaced Blue Ensign from its own premises and for those members who comply with the terms of our Royal Warrant. Those terms require that permits under the warrant may only be issued to full members who are boat owners and that boat is not operated commercially. The defaced ensign should be raised and lowered at the times specified by the warrant and may only be flown with the permit holder aboard.

A Club Burgee can be flown by full and temporary members. Club burgees must be flown when the Ensign is flown and are normally flown from the starboard cross tree or the highest part of the mast that is reasonable. Some Club Officer positions attract a unique burgee to signify their role.

A Battle Flag may be flown by members on rallies.

Dress code in the Club is normally clean, tidy, shore-going wear with tailored shorts being allowed 1st May to 30th September and in the winter during the day only before 1900 hrs. The rules also state no bare feet or oilskins, coats or sea boots in the bar, dining area or lounge. (these items can be secured in the locking racks outside the changing rooms).

Guests are welcome in the club and grounds, in your company and you must first sign them in the guest book.

We do ask that your consideration is given to the proper use of the car park as outlined in Bylaw 1.8 (updated in 2021). Only members’ cars issued with the current permit may use the facility. Should you be absent for a long period, you may wish to leave your keys securely with the office in the event that your vehicle needs to be moved. Improper use of our car can cause a significant detriment to fellow members.

Guests aren’t entitled to use the parking facilities unless prior permission was granted. Please contact the office in advance for any such request to be considered.

From time to time, non-members for example, people who have booked our events facilities, may be granted use of a specific number of spaces, at times that the club is generally not busy.

To ensure the mutual convenience and enjoyment of our newly opened, walk-ashore facilities in the Price Philip Yacht Haven, access to and use of are subject to a set of rules, which can be found below.

The Club has some long–standing and constant objectives, which are reviewed and discussed from time to time. The most recent full review yielded the below content. We review our activities and make our decisions in context of our objectives and we share that with members in forums such as the AGM and in the Half-Year review which generally takes place in April or May.

List of RAFYC supported or recognised charities and trusts.

The RAFYC has a number of clubs with which we reciprocate, this means that as a member of this Club you will be made welcome there. In most cases you should call ahead to confirm availability.

The RAFYC is run largely by volunteer members supported by a dedicated team.

The office support team are: 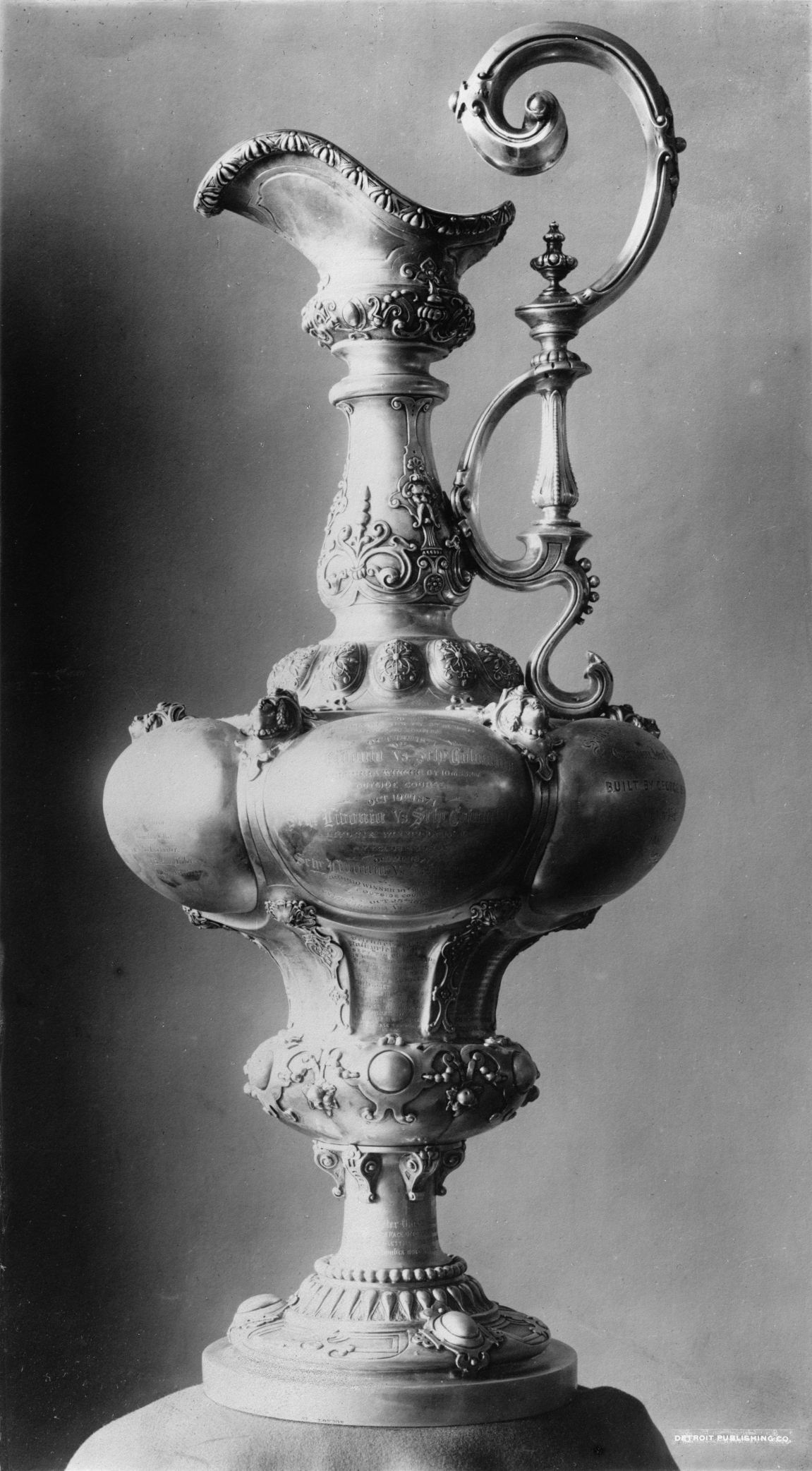 The Club is fortunate in having a well endowed trophy cabinet, some items having an historic heritage. There are some well known names engraved on these trophies and we hope the current winners will go on to become memorable in their turn.

Our Club embraces the spirit of friendly competition, recognising our members’ sailing skills with trophies for both cruising and racing. Non-boat owners are not left out as some trophies can be won by any member!

Our trophies are awarded for results in the locally popular Solent events as well as Club regattas and cruising competitions. So we are looking for the best RAFYC result in events such as the Warsash Spring Series, Round the Island, Bursledon Regatta and the Hamble River Winter Series as well as the Battle of Britain Regatta, cruising logs & photos and one or two more unusual competitions.

Some of this requires a certain amount of cooperation from members. The only sure way we know that you have participated in an event, particularly Round the Island, is that you have let us know of your entry. There’s only so much that can be done by comparison of the Club members’ data with published results & that’s only as good as the data we hold – so if you change your boat please, please let the office know! Both race entries and boat changes can also be emailed to sailing(I am sure you can figure out what goes here)rafyc.co.uk which is monitored by the sailing committee.

By the way – if you think you never go racing, what do you do when faced with a passage where you would like to arrive well before closing time (without using the engine)?

The skills used here are much the same as those practiced by racing sailors – without all that shouting, obviously…

We regret that trophies may not be removed from the club.

This website uses cookies to improve your experience while you navigate through the website. Out of these, the cookies that are categorized as necessary are stored on your browser as they are essential for the working of basic functionalities of the website. We also use third-party cookies that help us analyze and understand how you use this website. These cookies will be stored in your browser only with your consent. You also have the option to opt-out of these cookies. But opting out of some of these cookies may affect your browsing experience.
Necessary Always Enabled
Necessary cookies are absolutely essential for the website to function properly. This category only includes cookies that ensures basic functionalities and security features of the website. These cookies do not store any personal information.
Non-necessary
Any cookies that may not be particularly necessary for the website to function and is used specifically to collect user personal data via analytics, ads, other embedded contents are termed as non-necessary cookies. It is mandatory to procure user consent prior to running these cookies on your website.
SAVE & ACCEPT